Ah, Dexter Morgan. Everything you could want (and maybe a few things you don’t) in a guy. Dashing. Clever. Charming. Good with a knife.

But is he good with kids?

Note: This discussion centers on the novels by Jeff Lindsay. We’ll be discussing TV Dexter a bit later. While I don’t think they’d hurt your enjoyment of the novels, I have to warn you that there are some spoilers ahead. There. Now you can’t say I didn’t tell you so.

In Part 1 of this series, we talked a bit about what made Dexter who he is and why Dexter does what he does. This time, we’ll talk more about who Dexter is.

Dexter in the Middle

Who is Dexter Morgan really?

Dexter might say he’s a wolf in sheep’s clothing, a happy homicidal maniac hidden beneath an extraordinarily ordinary appearance.

But Dexter is not exactly what he seems. Not even to himself.

Although Dexter believes himself incapable of genuine emotional attachment, Dexter is in fact chock full of attachment. You see, Dexter is a family man.

Let’s meet the players, shall we?

Doris Morgan: Dexter’s foster-mother. She died when Dexter was an adolescent. Although she doesn’t feature prominently in Dexter’s inner landscape, she left her mark. She cared for him when he was a young child and he cared enough for her in his own way to off a yapping neighbor dog that kept her from resting when she was battling cancer.

Harry Morgan: Dexter’s foster-father, a police officer. He rescued Dexter from the bloody refrigerated storage container and raised him as his son. As soon as he discovered Dexter’s dark urges, he began to train Dexter in the Code of Harry. This set of rules allows Dexter to channel his Need to kill in a more *ahem* positive way and ensures that Dexter doesn’t get caught. Even after death, Harry’s lessons stay with Dexter, guiding his actions even when deviating from the code would serve Dexter’s immediate desires.

Brian Moser: Dexter’s biological brother, older by a year. He was in the storage 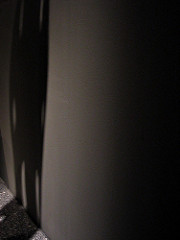 container with Dexter but was abandoned to the foster system. Dexter blocked out all memory of his life before the Morgans and thus forgot his brother existed until Brian made a splashy reentrance to Dexter’s life. Brian is not only a brother to Dexter in blood but also in darkness. Brother Brian is also host to a Dark Passenger and driven to kill but without the Harry Code. For all the deadly havoc he creates in Dexter’s life, Brian is the only person that really gets Dexter.

Deborah Morgan: Dexter’s foster-sister, a cop like their father. Although Deborah often introduces conflict and complications to Dexter’s well-ordered life, she helps to anchor Dexter to the memory of their father. Even when Brian sorely tempts Dexter to abandon the Harry Code, to kill Deborah as a symbol of breaking free from his “fake” life, Dexter chooses to uphold the Harry Code and save Deborah’s life. As much as he wants to be with his brother, Deborah is his sister and he’ll even go as far as to admit that he’s “fond” of her.

Rita Bennett: Dexter’s girlfriend and eventual wife, mother of Astor and Cody. Rita, severely traumatized by her abusive ex-husband and as shy of intimacy as Dexter, seems to be the perfect disguise. Along with her two children, she lends Dexter the air of an ordinary family man. But, before long and somewhat accidentally, she becomes real family. Although she doesn’t know his dark secret, she sees something human in Dexter and further ties Dexter to that humanity.

Astor and Cody Bennett: Rita’s children by her first husband. Their father’s abuse has left them damaged and they don’t laugh and play freely as other children. They seem to share one mind, communicating between themselves with a look. Cody seldom speaks, letting Astor do most of the talking for the pair. At first, Dexter feels protective of them because he feels a special connection to children in general. But soon, Dexter discovers that Astor and Cody are more like him than if they were his own blood. Cody, like Dexter and Brian, has a Dark Passenger, a tiny, fledgling darkness that Cody and Astor are eager to explore. Dexter finds himself wanting to be a father to them in truth and guide them down the Harry Way.

As the series progresses, Dexter becomes more and more entangled with these people. They ground him, draw him to what is human. And that puts him in direct conflict with his bloody hobby. How can Dexter be a family man and a killer? It’s the question that drives the story and pushes us to keep on reading.

Dexter may be one of the most brilliant characters of all time. He is dark and complicated. He is innocent too, sometimes hopelessly naïve. He is a darkness we do not want to look into, the purest, most terrifying personification of our dark urges, but we do not want to call him evil. We want to cheer for him. He is Dexter Morgan.

If you haven’t had the chance to read Jeff Lindsay’s novels, even if you’re already big fan of the show, you haven’t really met Dexter. It’s one of the few cases where the books and tv series can be radically different and still be both compelling in their own right.

Dying to know how TV Dexter measures up to Novel Dexter? Stay tuned for Part 3 to find out.

What do you like best about Dexter? What do find most frightening about his character? How do you feel about the idea of Cody and Astor, Rita’s children being budding serial killers and Dexter wanting to teach them the Harry Code?

Sonia G Medeiros writes. A lot. Mostly fantasy, contemporary fantasy, sci fi and horror. She’s the author of more than a dozen short stories and flash fiction pieces. At the moment, she’s working on her first novel about a man who finds a room where he can do anything he desires, anything at all, with no consequences in the outside world. When she’s not in the labyrinth of her imagination, wandering down the twisting corridors or lingering in the dark alleys waiting for unsuspecting passersby, she spins tales by the fire with her husband, their two children, and a motley assortment of four-legged friends. View all posts by Sonia G Medeiros

What's on your mind? Cancel reply